These prints were produced using a set of identical plexi-glass cubes which I machined out of 1/2″ plexi bar stock. I routed a 1/8″ groove in one side, a 1/4″ groove in another side, and a 3/8″ groove in a third side of each long bar. Then I sliced the bars into 1/2″ long cubes using a band saw. 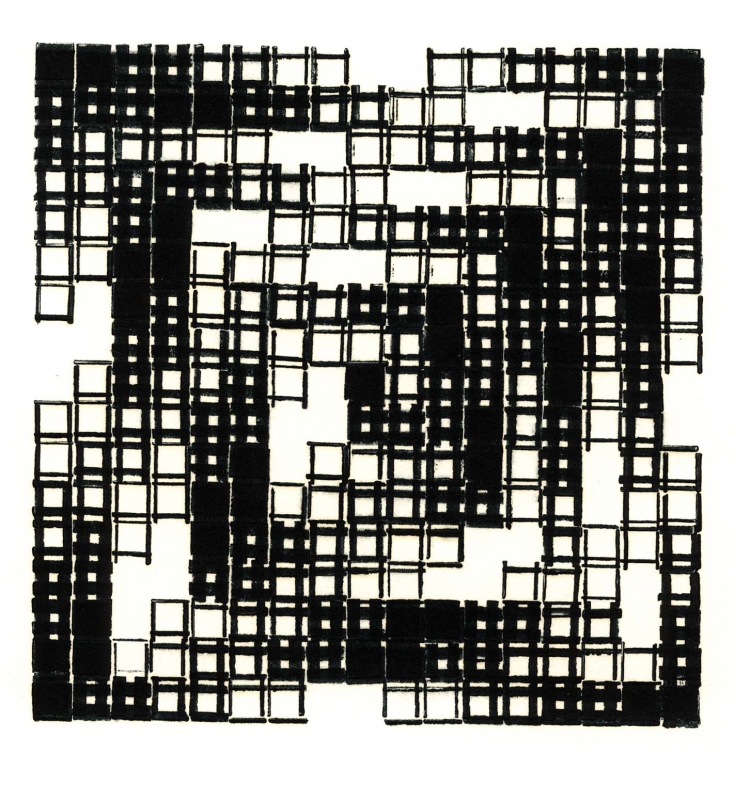 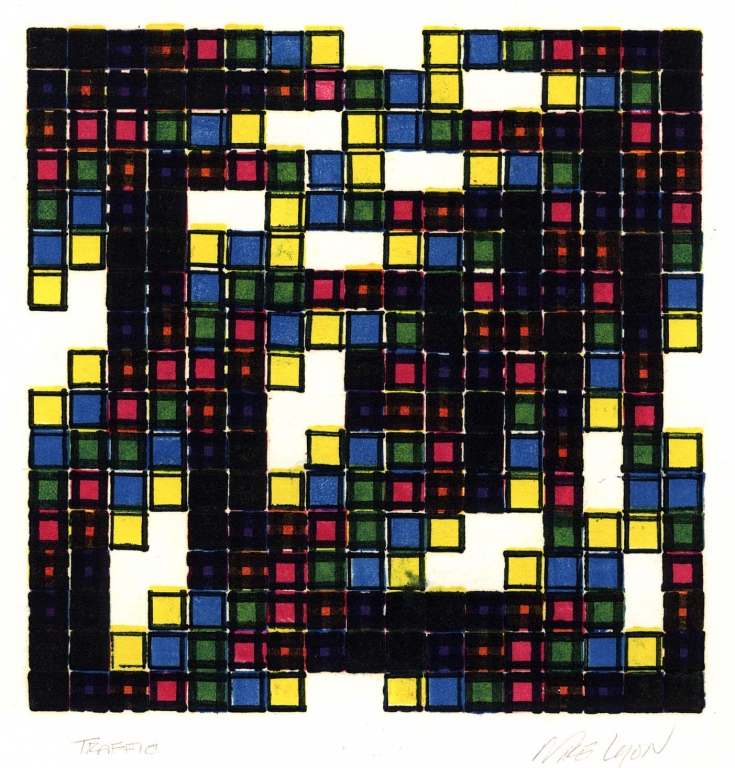 In 1995 I was experimenting with ‘strings’ of repeating numbers, spiralling the sequence of numbers around a center point, and later mapping colors onto the numbers to better understand the patterns produced. For this print, I counted from 0 up to 7 and from 7 back to 0 beginning in the middle and moving down first, then counter-clockwise (on the print), changing direction as each corner was reached. A ‘0’ printed 100% (black), then 1 & 2 printed 75%, then 3 & 4 printed 50%, then 5 & 6 printed 25%, and finally ‘7’ printed 0% (white).

The color version was part of the 1995 Hand Print Press portfolio., the blocks were arranged, printed in black, and then I rotated each block 90 degrees and printed the arrangement again in order to produce the black hatches, or squares which appear in the print. In the color version, each color was printed using the un-machined (100%) face, and then the black was printed twice as already described.

I find the pattern produced extremely interesting — it’s easy to see there’s some sort of regularity, but difficult to understand exactly what it is, and I like that. I love that the final spiral (outer row) is symmetrical in several ways.