Early in 1996, for reasons I still don’t understand, really, I became fascinated by Japanese woodblock printmaking technique.  In January, I registered for a two week long workshop to be taught by Hiroki Morinoue at Anderson Ranch Arts Center in Snowmass, Colorado — but I was wait-listed and didn’t know until shortly before the workshop that I’d been bumped into the class (lucky me)!!

I’d carved several wood blocks in high school, but never since.  In March and April I began to experiment with block carving and water-based printing.  I knew nothing of kento registration at the time, so I invented a very clumsy pin-registration system and just jumped in.  These early prints (before the workshop) were carved and printed in my kitchen at home — I used watercolor brushes to apply the pigments and…  Well the results were pretty interesting (to me)!

These blocks and prints were all produced during a month or two before the Hiroki Morinoue workshop began: 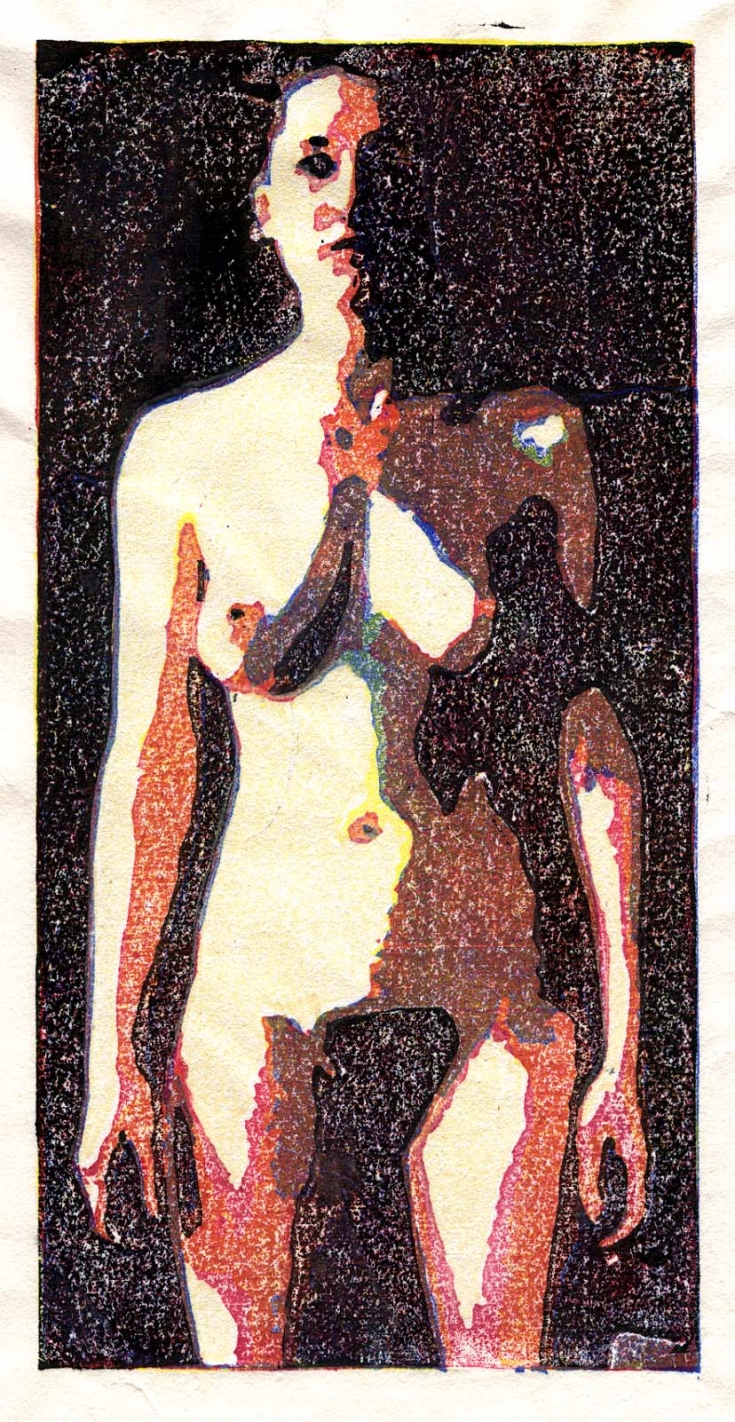 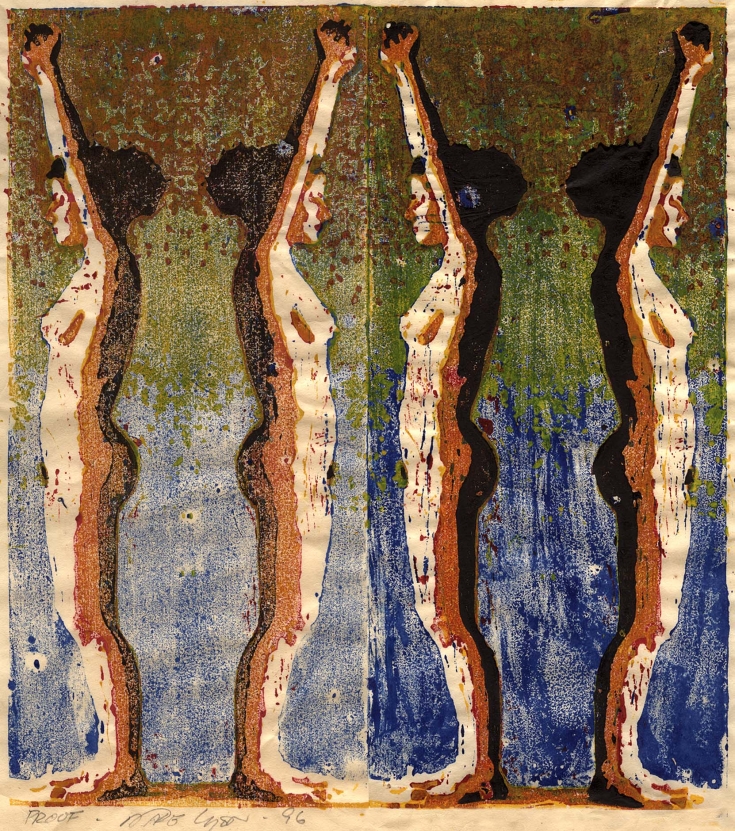 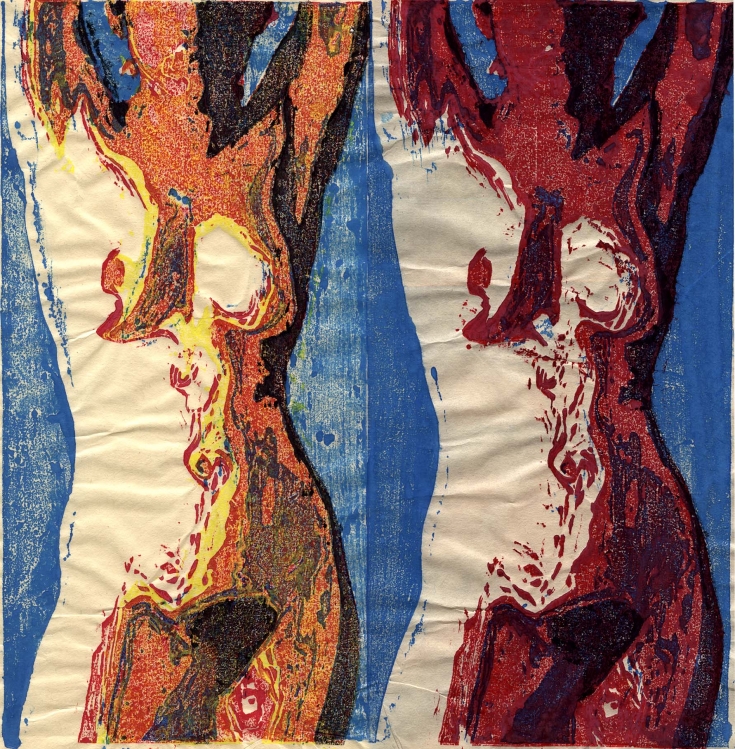