I spent three weeks in the fall of 1998 at Anderson Ranch Arts Center in Snowmass, Colorado adding to my traditional moku-hanga and other water based print making skills with Hiroki Morinoue and Allen Smith.

An artist in residence there, Ulrika Scriba from Gengenbach, Germany, was especially interested in the several booklets I had authored illustrating thousands of my ’tile patterns’. I was using one of the booklets as a source for the woodcut I was doing there. One day she kidnapped me, showed me some of her work, and demanded a copy of one of the booklets — that was so flattering, especially after having seen her beautiful platters, bowls, and boxes! 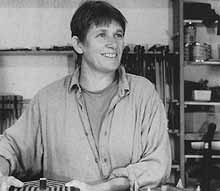 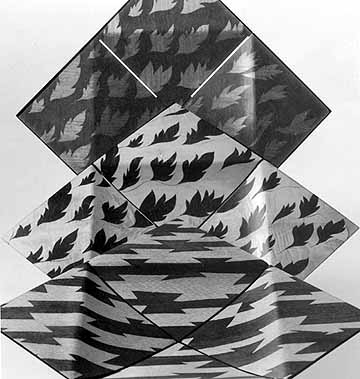 Ulrika’s woodwork is characterized by the most beautiful intarsia in startling and impossibly complex patterns which she produces using very simple and very clever methods. She showed me how she assembles sheets of veneer (of different colors) into a taped-together stack. Then she cuts strips from the stack using a scroll saw — the line she cuts is often a repeating zig-zag or wave (or leaf or cloud motif). Although she frequently uses a pattern, she cuts very freely — the fluidity of the line being most important to her. Then she re-assembles the (wavy or zig-zagy) strips into sheets and glues them to a paper backing to hold them together. Because the strips are re-assembled in the same order they were cut, they fit perfectly — but she alternates colors as she re-assembles !! Clever, eh? Now, the even clever-er part is — she stacks these sheets, and cuts them into strips again, but cutting across the wavy lines. When she re-assembles these into sheets, switching ‘colors’ again, she has interesting and sometimes unpredictable patterns. The process can be repeated, of course, and the pattern resulting from a third re-assembly become impossibly complex and surprising.

A few month later, I was reflecting on Ulrika’s ingenious process, it occurred to me that I could easily assemble the seats for what turned out to be these six beautiful checkered stools. 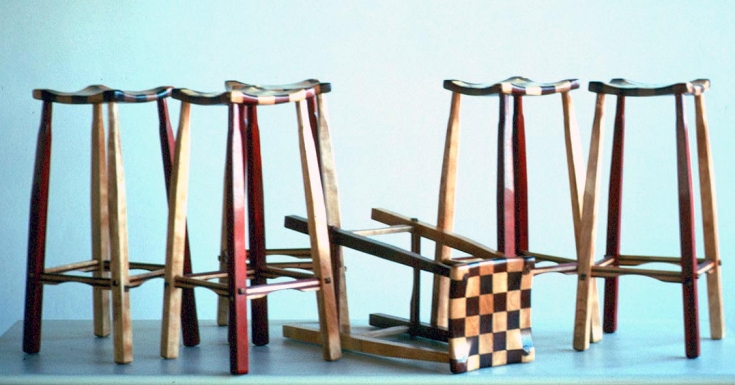 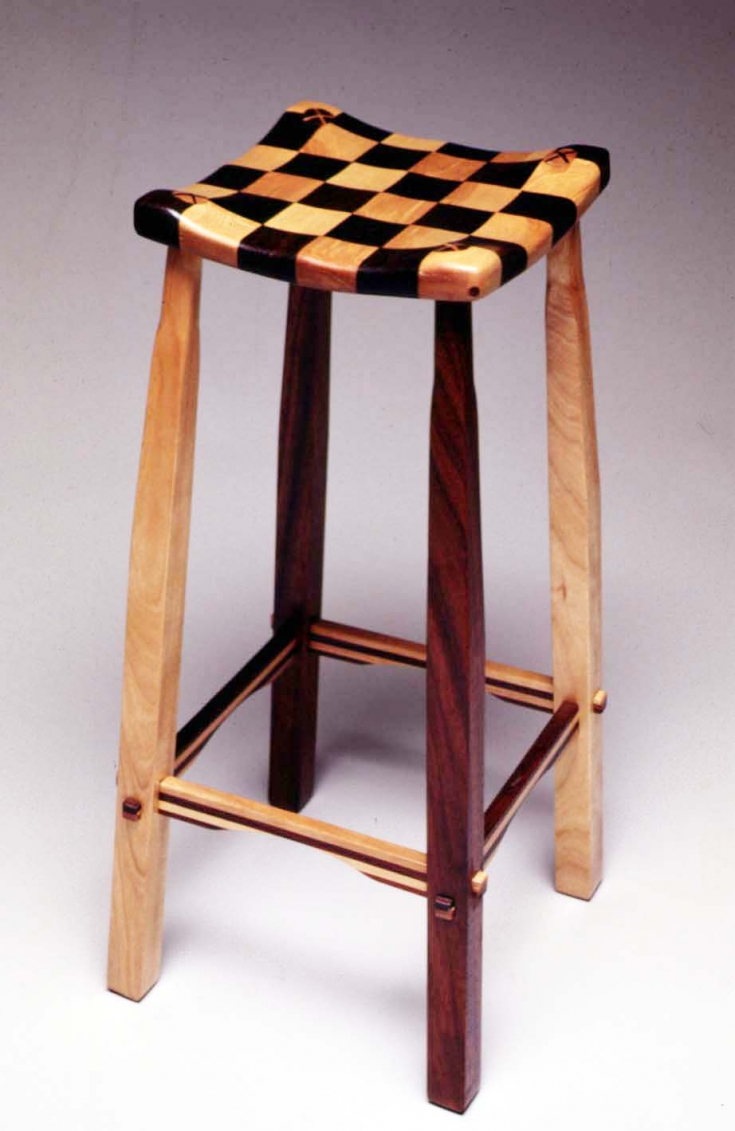 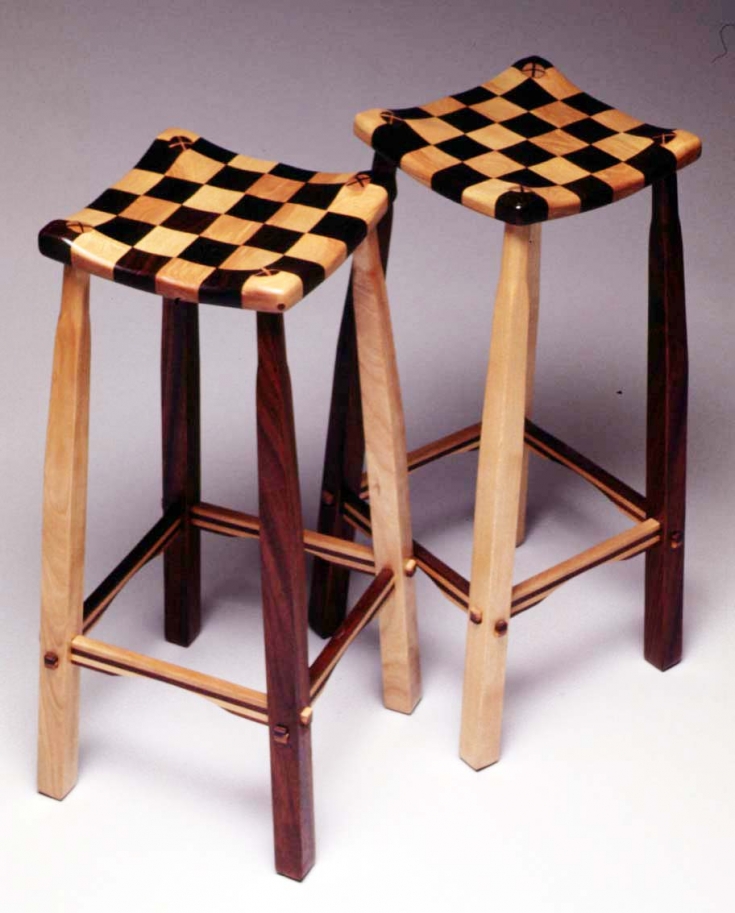