I made three large woodcut ‘scrolls’ in September of 1999. Two of them were installed in the Zen Garden Room I designed and built for the UMB Technology Center in Kansas city. Two of the prints were similar (I kept one for myself), and the third was twice as wide.

I had already cut a bunch of mahogany plywood triangles to adorn the big ‘moon window’ in the room and had a bunch of  triangles left over. I attached them to 3″ squares of similar plywood to make movable tiles for block printing. I made a frame which held 108 of the tiles in two parallel grids each of which was 18 tiles long by 3 tiles wide. I arranged the tiles in the grids, inked them quickly with sumi, and printed them on a thin Japanese paper (Okawara Scroll). Then I rearranged the tiles, re-inked them, and reprinted the same papers. I repeated this process a number of times until I was satisfied with the depth and range of tones, and the results are pictured below.

The printing frame was so beautiful in the end! I permanently attached the tiles with short brads, framed the thing, and placed it in the room opposite the prints, which I had pasted onto linen and hung like Japanese scrolls.

the triangle blocks arranged in pattern, framed and mounted in room at UMB (collection UMB)

the triangle blocks hanging in room at UMB 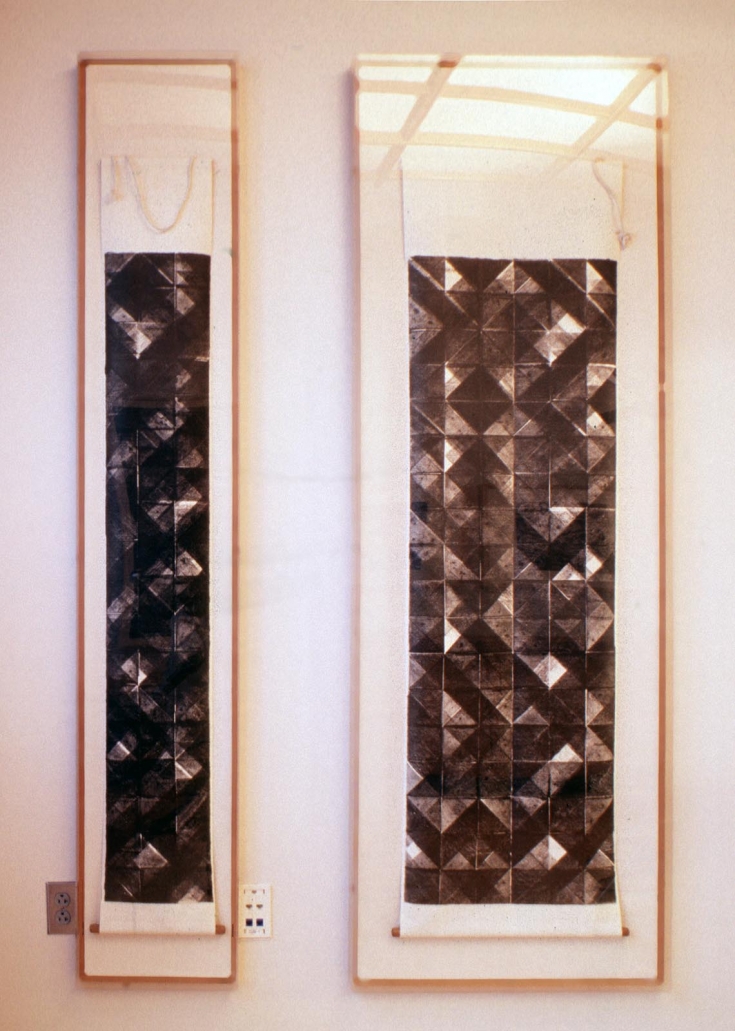 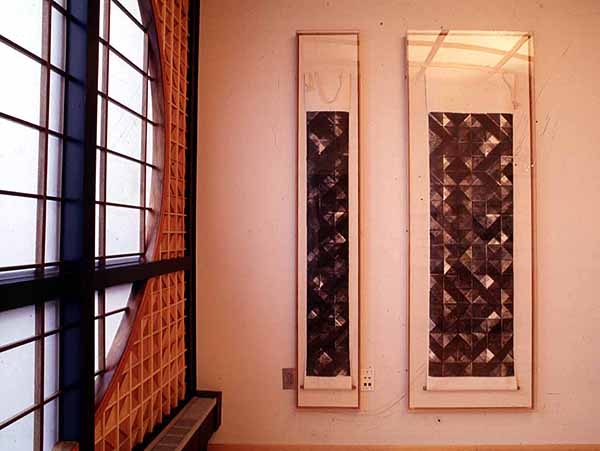 two woodcut monoprints mounted as scrolls in room at UMB