Dojo-ji Maiden:
A long time ago, a handsome young monk took shelter for the night in the home of a lonely widow. He awoke with a start when she crept into his bed. Entwining him within her arms and legs, she overcame his protests and he promised to remain with her and to be her husband. In the morning, she was so furious to discover that the young monk was already on his way that she died. A huge snake slithered from her room and pursued the monk to Dojo-ji where the priests concealed him under the temple bell. Coiling herself around the bell, her hot breath and burning embrace made the bell blaze white and she disappeared within the smoke. All that remained was a twisted heap of bronze and a small pile of ashes. 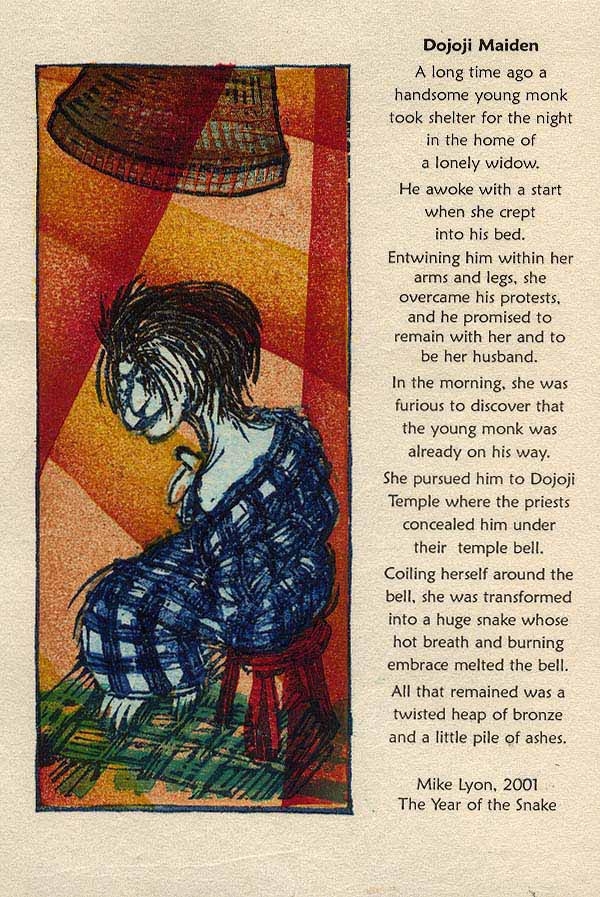 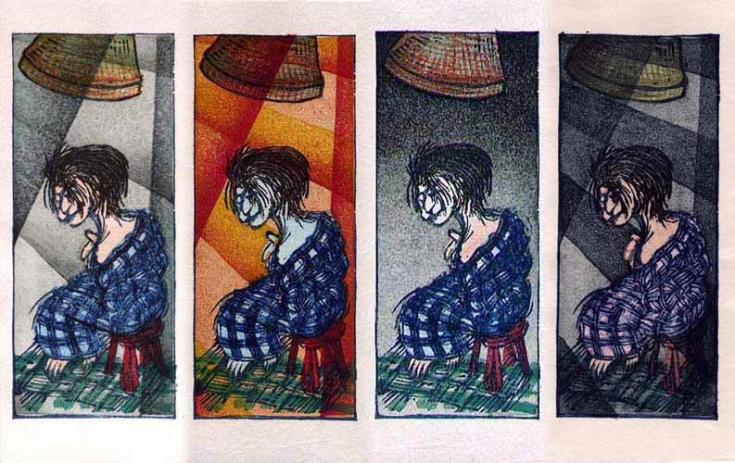