I completed four of these stools in August of 2001. I think of them as “counting” stools. One, two, three, four…

The parts are made for two complete stools — one of maple and the other of cocobolo, but the parts are switched or shared in this odd way which makes sense to me, but at the same time is very difficult for me to hold in my mind all at once. It’s a reasonable and simple arrangement, but not an easy one to understand in one moment. A sort of stool koan.

One pair of these was commissioned by Gallery V owner, Jerry Vegder (now Ukiyo-e Prints Port Townsend, Washington) and the other pair sits in my studio waiting for a good home. Because of the cocobolo, the stools are exceptionally heavy and very solid. .

The stools have a fairly tall and somewhat muscular appearance, I think. 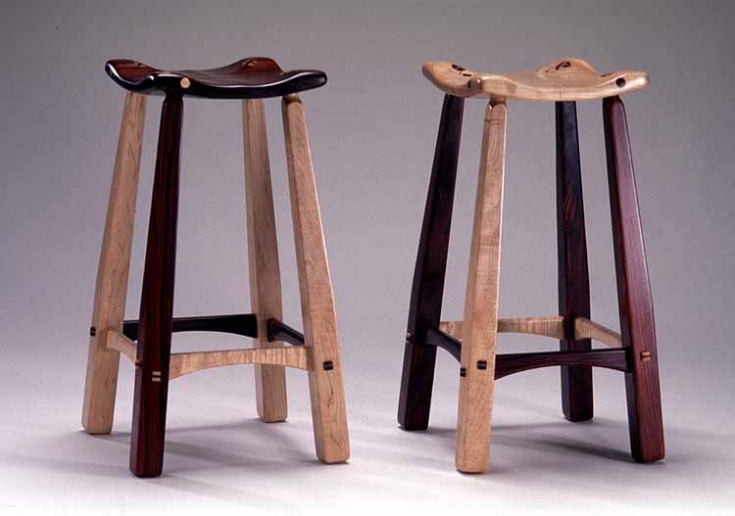 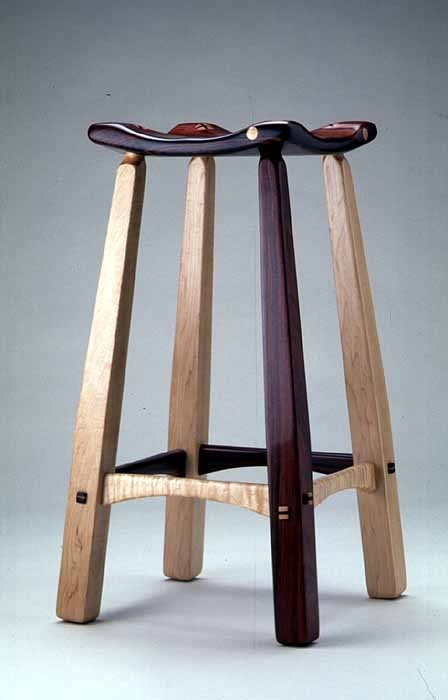 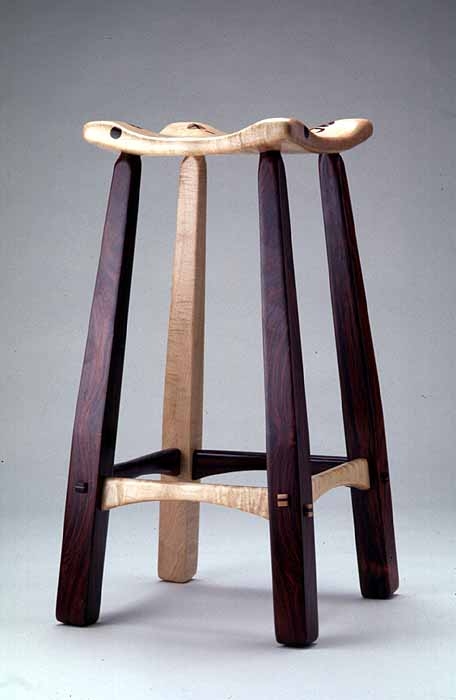 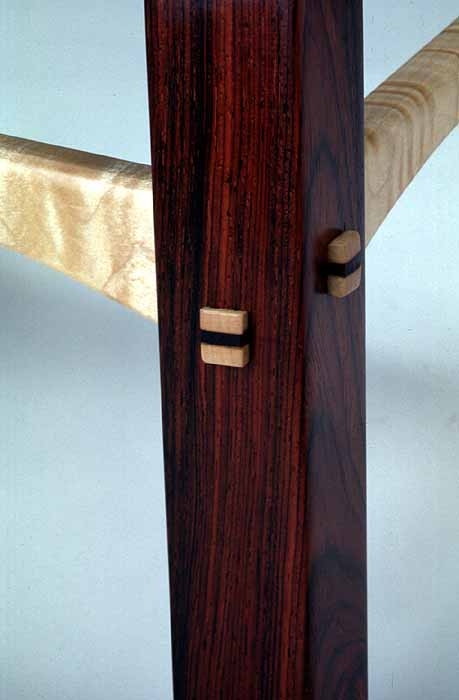 the wedged through-tenon construction -- the joinery on these turned out especially clean and accurate. 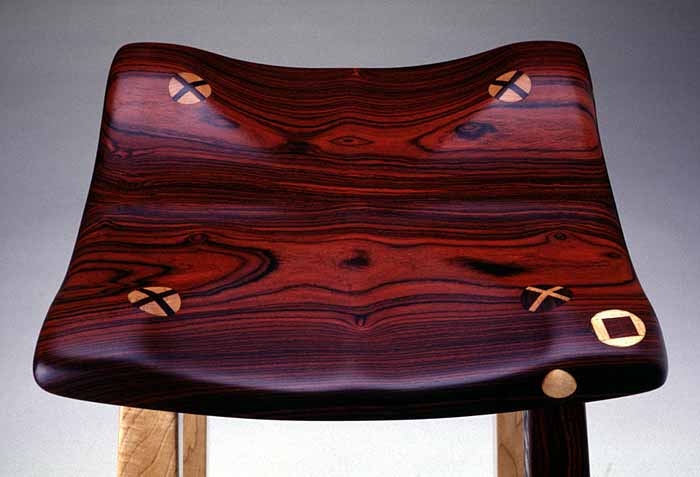 The cocobolo made an especially beautiful sculpted seat, I think. Wow!