This is a two-block reduction printed on 48 sheets completed April 12, 2003 after five days of carving and printing.

I was unhappy with the reds in the face and arm of my previous print. I had wanted those to be very intense, vibrating against the blues of the robe. But the color never vibrated and I had a lot of trouble developing the intensity I’d desired. 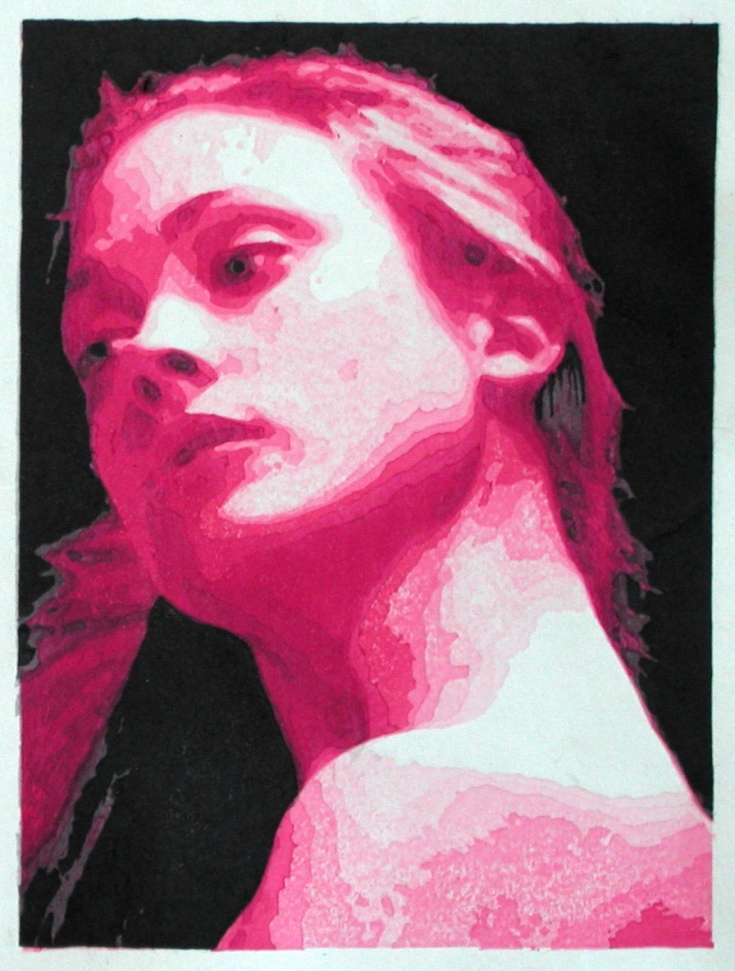 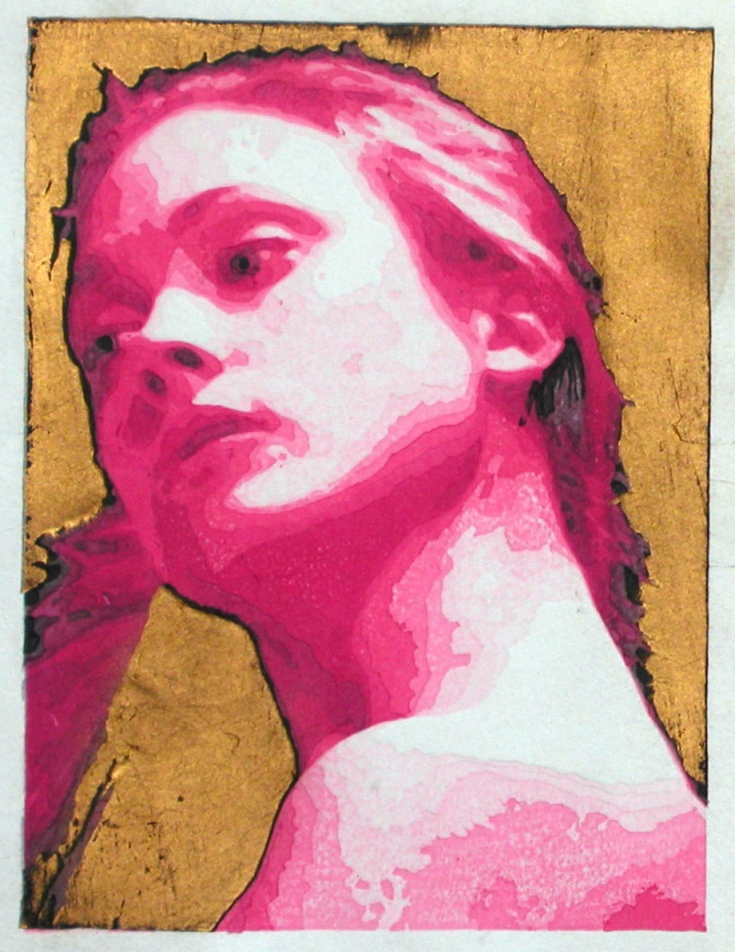 The current print, “Combing Hair” is another attempt to develop some vibrant color and I feel it is more successful. Instead of shades gray (sumi) played against shades of a single color, I used two different reds, quinacridone red (rather pinkish) and quinacridone magenta (similar in color to Alizarin Crimson). There were eight block states of red and seven of gray which I printed progressing from palest to deepest shades. The palest reds were printed with the quinacridone red, and from block five I added quinacridone magenta in increasing proportion until block eight was pure quinacridone magenta. I selected the quinacridones because I feel they have great transparency and I didn’t want the light grays I’d printed early on to be obscured by the deepest reds I printed later. This worked very well ­ the dark tones in the shaded parts of the throat, for example, are from very pale grays printed underneath six to eight red printings.

The blocks were 3 / 4 ” basswood. The paper is #23 New Hosho from the Baren Mall. This is a fairly thick and soft paper which really was not strong enough to stand up to the fourteen to sixteen printings to which I subjected it (the Yamaguchi Hosho holds up much better to many overlapped printings). After only four to six printings, this New Hosho paper showed a marked tendency to fall apart and long fibers pulled from the printed surface. For embossing or for printing less than five or six overlapped areas though, this is a beautiful and reasonably priced paper, I think. It has a great “hand”, especially when wet! Wonderful to feel! Luxurious!

The black background is sumi printed on top of a number of layers of pale red and pale gray which made a silvery gray you can still see beneath the ear and around the edges of the hair. Then three printings of pure sumi were made in order to produce as intense a black background as possible.

I experimented with a number of the sheets, applying a mica background to one (silver gray and sparkly), a deep red powder pigment (ooooh!), and a lustrous metallic gold (antique bronze) powder which really gives an Italian Renaissance feel to the print. But the most striking examples are the majority — those with the deep black background as illustrated above.