Pigment is Prussian Blue pigment suspension and sumi, both from Daniel Smith* mixed into a little home-brewed rice paste I cooked up from Lineco, Inc Neutral pH Pure Rice Starch (McClain’s now has some nice Japanese rice starch, too). I jury rigged a primitive sort of double boiler from my hot water pot heating
some boiling water and into the shallow boiling water went a Pyrex cup containing of a couple teaspoons of rice starch in a half a cup of water. I stirred the paste mixture occasionally while heating until it became hot, clear, and thick. Then I cooled it and added a good amount of formalin (enough to make my eyes water a little) and the paste has kept well at room temperature in a sealed jar for a month. Without the formalin you’d want to make a fresh batch
daily. 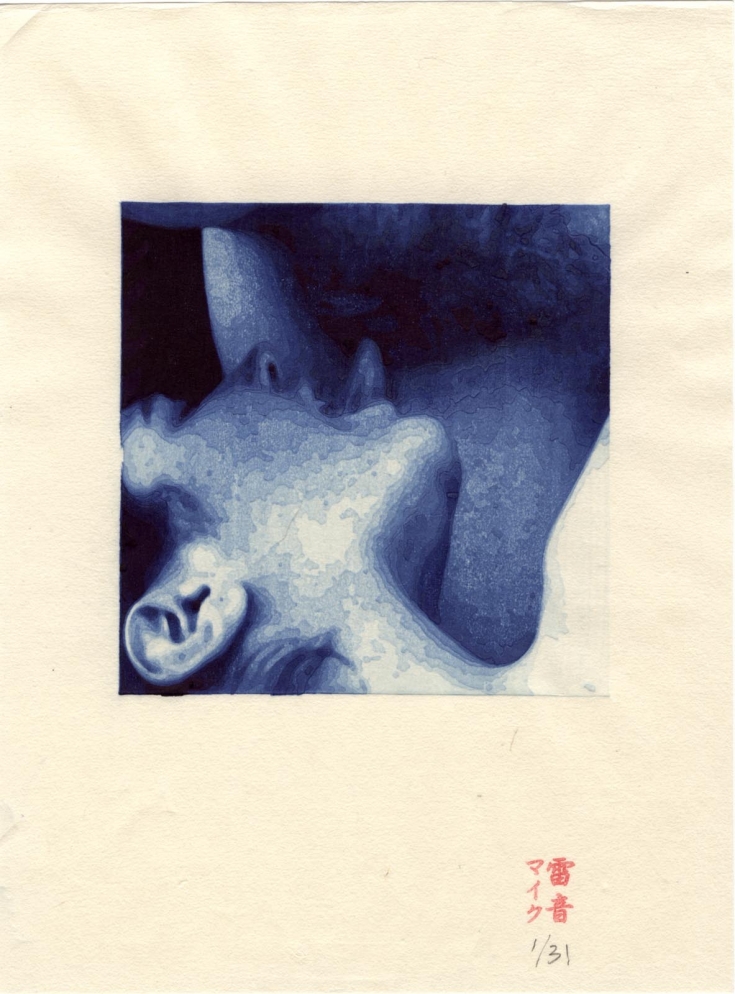 *Just discovered that the Daniel Smith sumi has been causing some problems for me. It tends to dry with a shine which I dislike. The Prussian Blue suspension seems to exacerbate the shine, and results in a purplish sheen. So in the final layer, I added in some of the Baren Mall Nerizumi Paste which makes an intense and relatively non-reflective black-black. Huge improvement!