Rod, my friend of 20 years and his girlfriend of two weeks, Elizabeth, came down in early June and allowed me to photograph them them… A LOT of interesting images came from that afternoon, including this one which I loved for its quiet contrast between her light and somewhat inflated figure in motion and his dark and heavy and stationary stance behind. This one parodies 19th century sumo images which occasionally depicted sumo in the company of beautiful women. 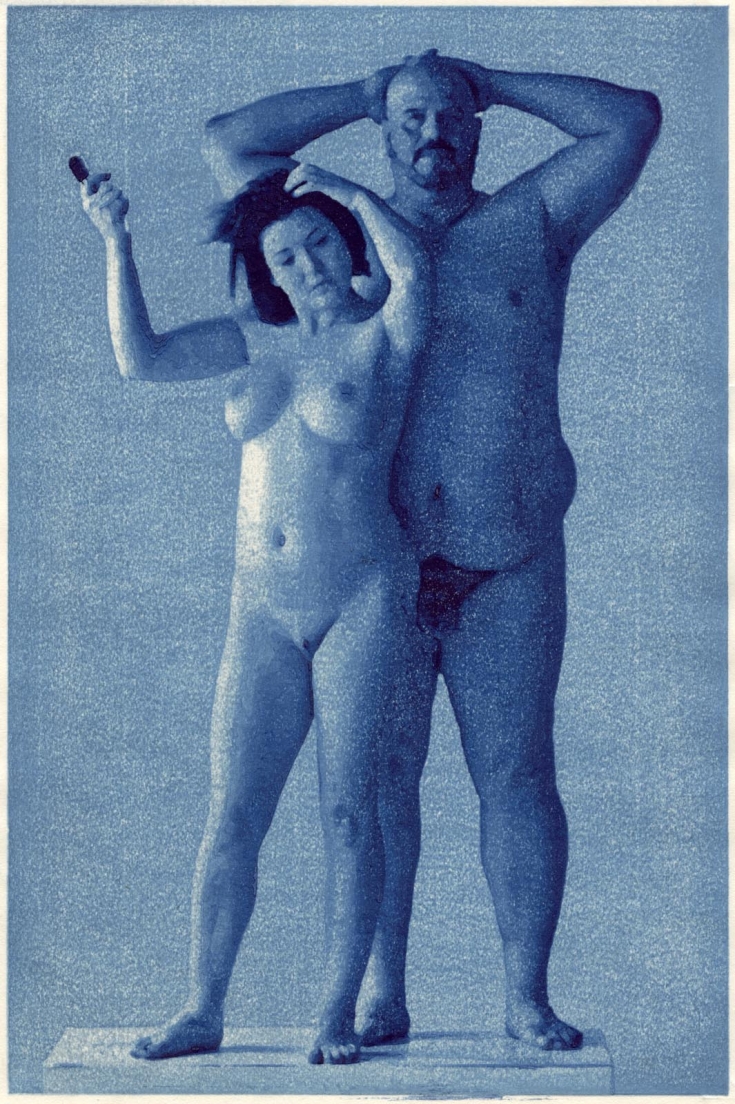