The McNeese National Works On Paper exhibition of 40 prints was selected by juror Annette DiMeo Carlozzi from over 800 entries. My 30 x 21 inch woodblock print “Anthony” received the “Bank One Purchase Award” of $1,200, entered the permanent collection of McNeese State University in Lake Charles, Louisiana, and was reproduced on the cover of the exhibition catalog. 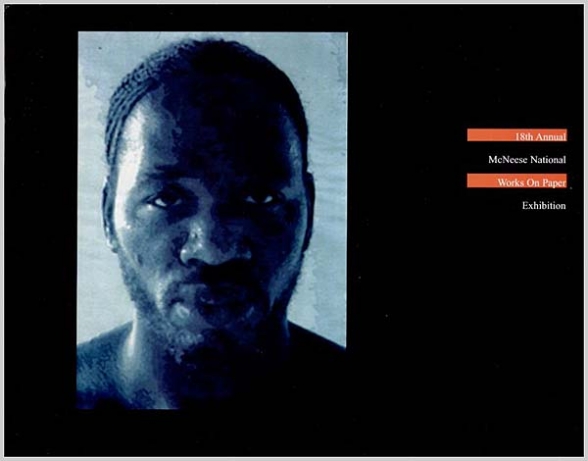 Here’s what the juror had to say about her choice of “Anthony”:

“I was most impressed with Anthony‘s boldness and directness — the content itself — its scale, its lack of sentiment, the graphic beauty of the contrasts. the immediacy, I guess, of the image, married to a technique which seemed to my uneducated eyes to perfectly support that image. It is so monumental as well, which stood out among works that had to be limited to a certain dimension. Most people make small or medium sized works when the dimensions are medium-scaled. Yours was monumental in a really satisfying way.” Annette DiMeo Carlozzi, Curator of American and Contemporary Art Jack S. Blanton Museum of Art The University of Texas at Austin