The large (42 x 77 inch) prints of “Sara” reclining on her messy bed have been successfully completed — I selected 8 for the edition plus two proofs. There is some variation among the edition, the greatest differences being in the depth of the deepest tones behind the head and in the top background — these were introduced when I used the baren to print one of the blocks, pressing too hard about half the prints resulting in some loss of color at the edges of the block forms. Something to remember for next time! But overall the ten printed sheets are reasonable uniform, all things considered. 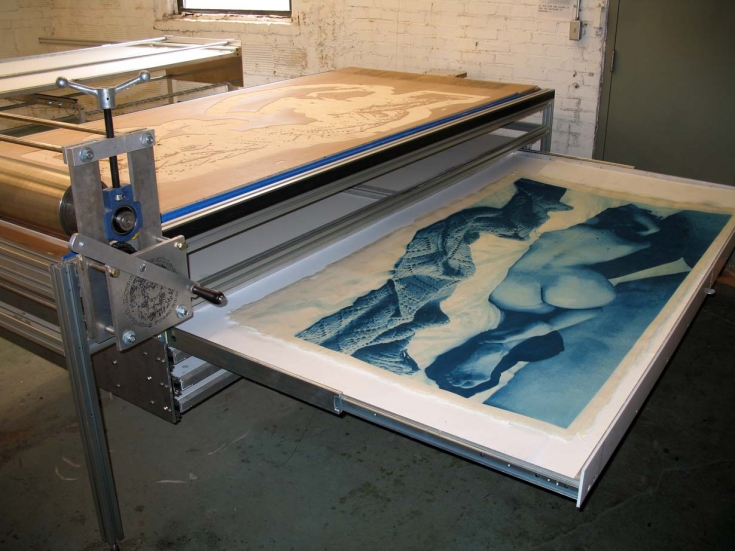 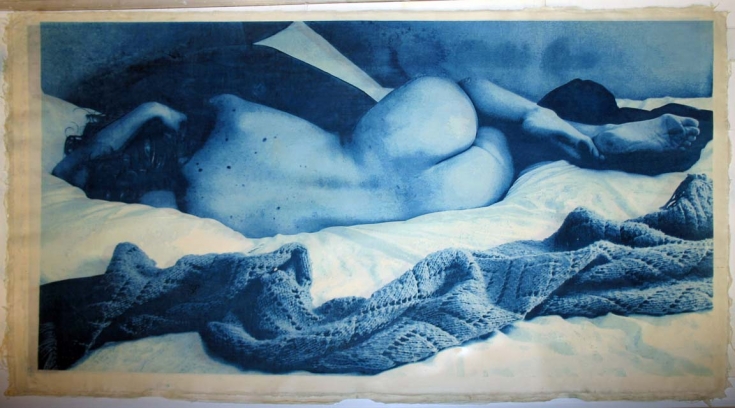 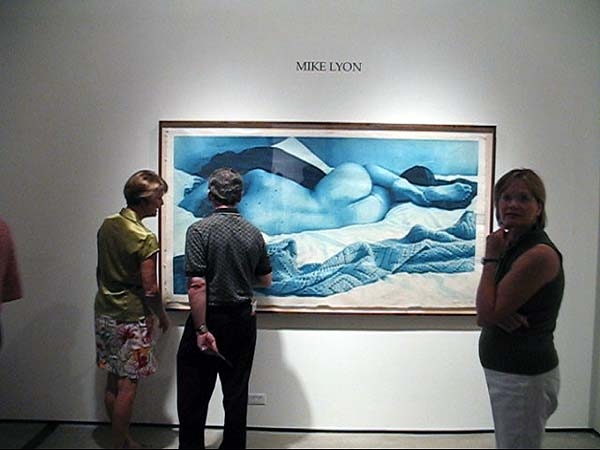 Good lord, it’s hot in my studio! I’m working on “Sara”, a 17 block woodcut on ten sheets of 42 x 77 inch Iwano Ichibei hosho paper. Sweaty work and EXHAUSTING!!! I’m managing to print about 3 or 4 blocks per day and that’s really all I am able to manage! But I’m getting better and better at using the large press I built about seven or eight months ago, even though this is only the third edition I’ve pulled on it.

I handled registration a bit differently this time… The blocks were carved with three identical side kento, each about 1 1/2 inches long, and the center of the middle one was inscribed with a very narrow line. I used a razor blade to produce three flat edges in the deckle of each sheet (parallel to the edge of the sheet)so that they’d line up with the kento in the blocks, and I drew a short pencil line in the center of the middle ‘notch’ to be lined up with the line inscribed in the middle kento. Surprisingly, this worked very well, and I found it easy to register each sheet to the blocks, aligning the pencil mark with the inscribed line on the block. At the far edges, this resulted in about +/- .05 inch of dead on which is plenty close for the image and the eye. Given the size of the sheets I’m not sure I can do much better than that…