This painting in acrylics on BFK paper went through several states and many weeks before arriving at an acceptable result.  Here’s the final state of the painting:

BFK is a very soft paper — because the tip of the flow-pen actually touches the surface, the paper becomes abraded (deeply abraded) as the tip repeatedly passes over the same areas. The very rough and sculptural surface is quite attractice in this painting — everyone who’s seen it wants it. My wife, I think, got ‘first dibs’… 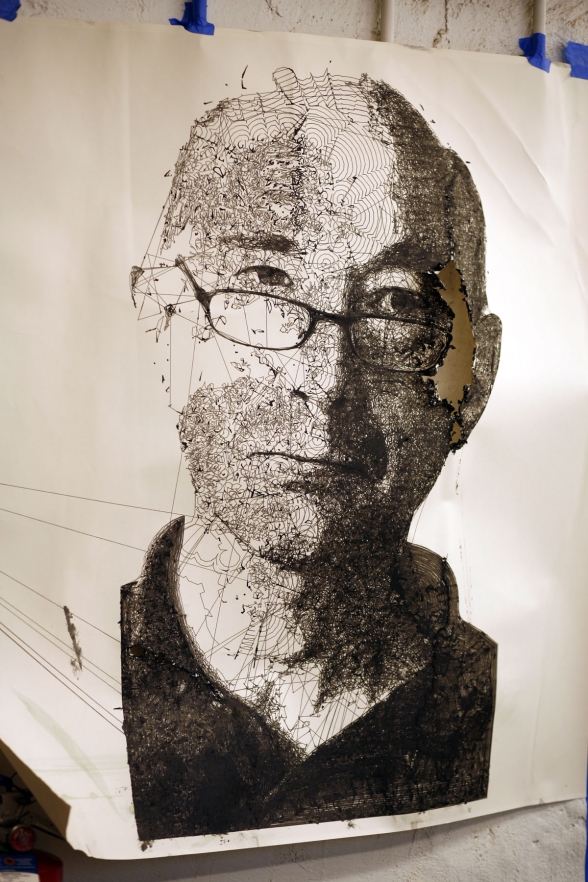 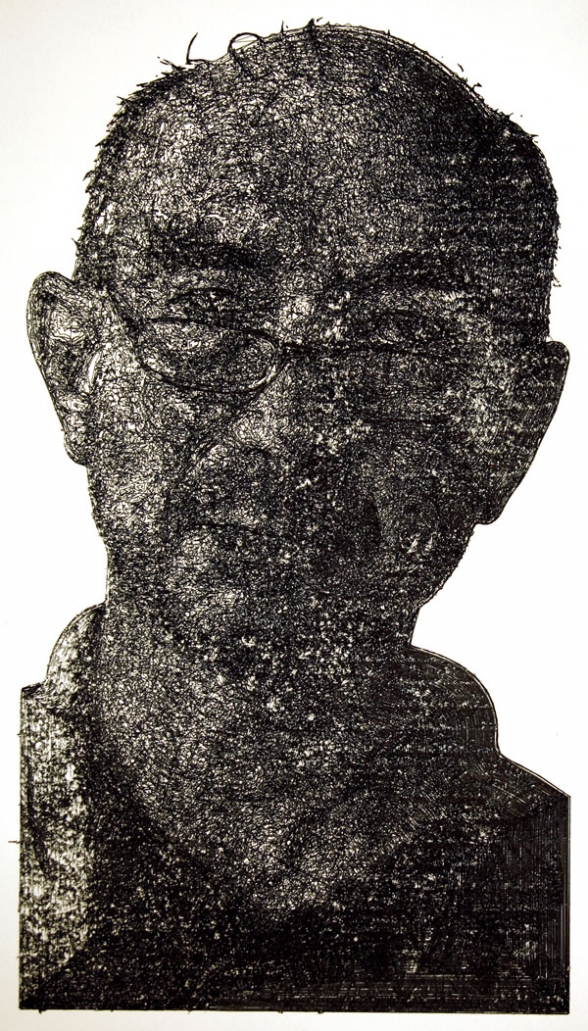 I’ve been working on this painting continuously since I first posted the images above on July 1 (by continuously, I really do mean 24/7, of course). The paper just couldn’t take any more physical contact — it had become extremely abraded and fuzzy — so I switched over to using an airbrush and painted it in many layers alternating between a deep blue-black acrylic in the mid to dark areas and white in the light to mid areas. That beefed up the color in the abraided (dark)areas. The development of color, texture (quite genuine sculptural texture, albeit fuzzy), an unusual impasto, and a kind of battle between white and black through all the layers of light and dark is VERY INTERESTING to me and has stimulated me to move in some new (actually ancient — I’m thinking mid-value ground with light and dark scribbles defining the image out of the mids, like renaissance chalk drawing, maybe) directions which I’ll continue to experiment with later this summer.

In the meanwhile, gentle reader (always wanted to write that somewhere — now seems as good a time as any, right?), here’s the current (and final) state of the painting I first showed in my July 1 post… 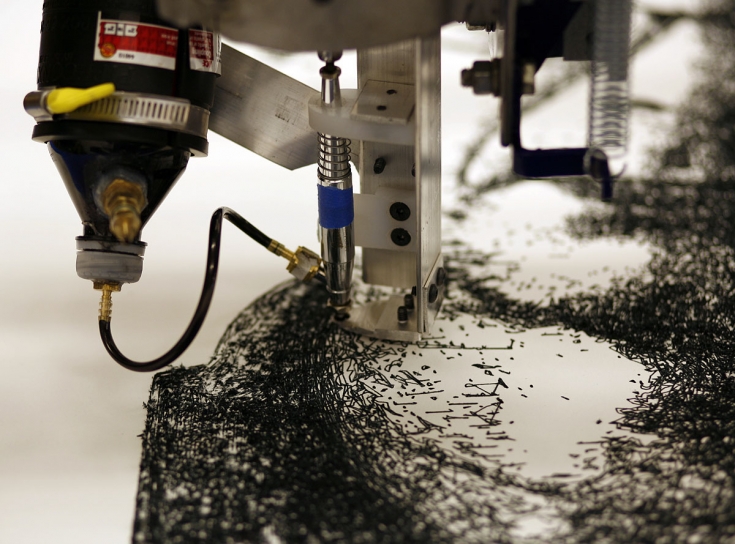 another view of the Paasche Flow Pencil jig in use

A second attempt on BFK about halfway through