from the Beach Museum of Art web site:

Figuring it Out: Prints and Drawings by Mike Lyon

Kansas City-based artist Mike Lyon is the 2009 Friends of the Beach Museum of Art gift print artist. This exhibition features a selection of the artist’s recent prints and drawings, as well as examples from his extensive collection of Japanese prints. Lyon earned a BA in architecture and fine art (University of Pennsylvania, 1973) and a BFA in painting (Kansas City Art Institute, 1975). In 1976 he put his career as an artist on hold and joined the family business, a cattle hide processing operation in Kansas City his great-great grandfather started. Lyon invented a computerized system to automate the cattle hide grading process. In 1978 he founded Grading Systems, a computer hardware and software design company. Longing to make art full-time, Lyon sold his business interests and returned to his studio in 1991.

Lyon’s interest in computers and machines informs much of his recent work as a visual artist. His large-scale prints and drawings (as large as 84 × 45 inches) are based on his digital photographs of the human figure and inventively merge traditional art making methods and computer technology. Lyon’s work also demonstrates his keen interest in Japanese aesthetics. For example, his bust-length portrait heads recall the tradition of okubi-e (big-head picture) images. Lyon has an abiding passion for Japanese art and culture and is an avid collector of Japanese ukiyo-e prints.

Lyon’s prints and drawings are created with the aid of a ShopBot CNC (computer numerically controlled) router, a programmable machine designed for woodworking applications. He has modified the ShopBot to create a giant drawing and block cutting machine. With data from the digital photographs, he calculates millions of lines of movement code with which to program the ShopBot. This code instructs the machine how far to move an ink pen or a router bit along the X (length), Y (width), and Z (height) axes for each mark or cut. The final images can require as many as 12 million lines of code and nearly two weeks of non-stop drawing or cutting.

“Figuring it Out” is sponsored by the Friends of the Beach Museum of Art Business Partners. 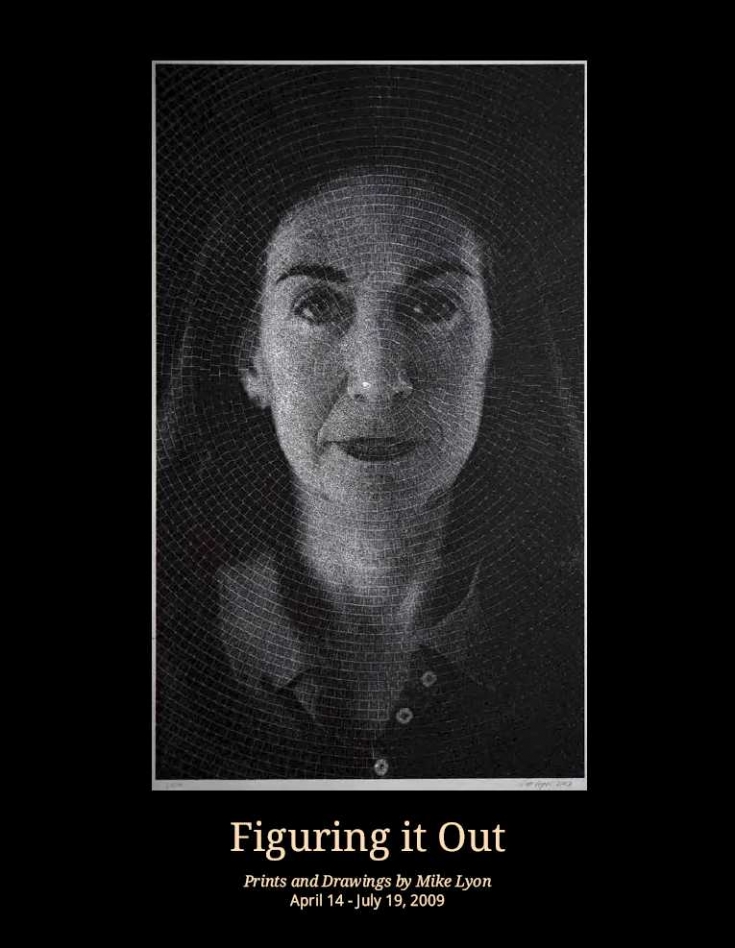 Cover of catalog from the Beach Museum 2009 exhibition 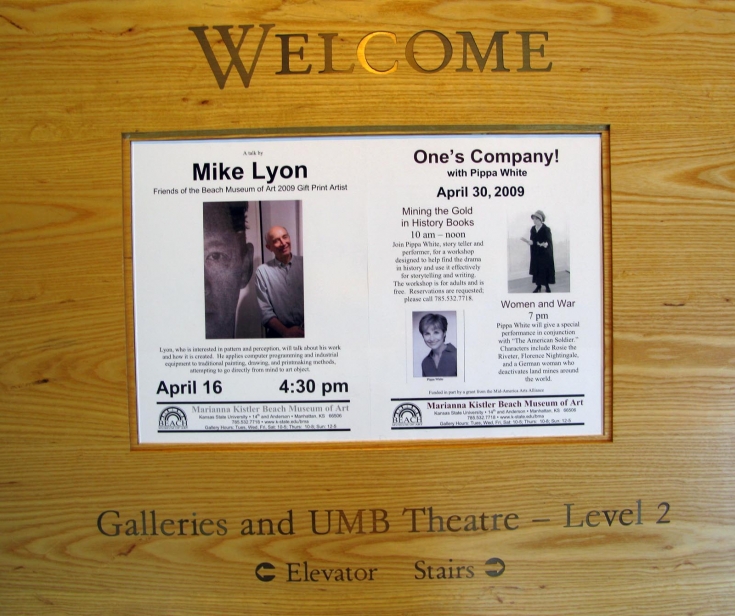 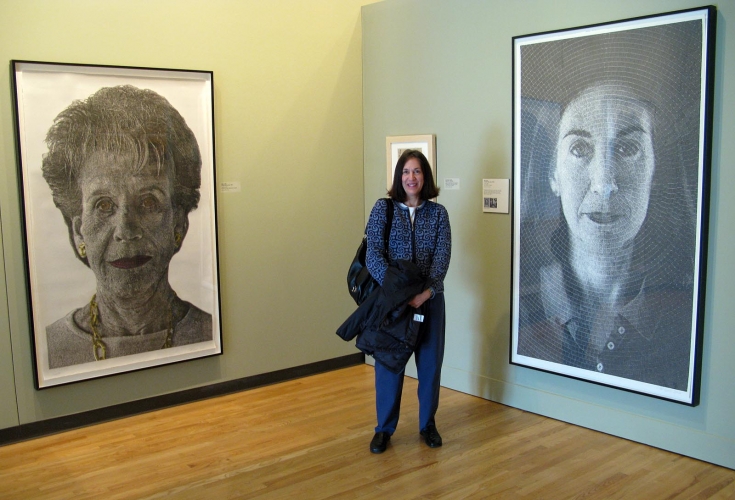 Linda with "Annette" and "Linda" 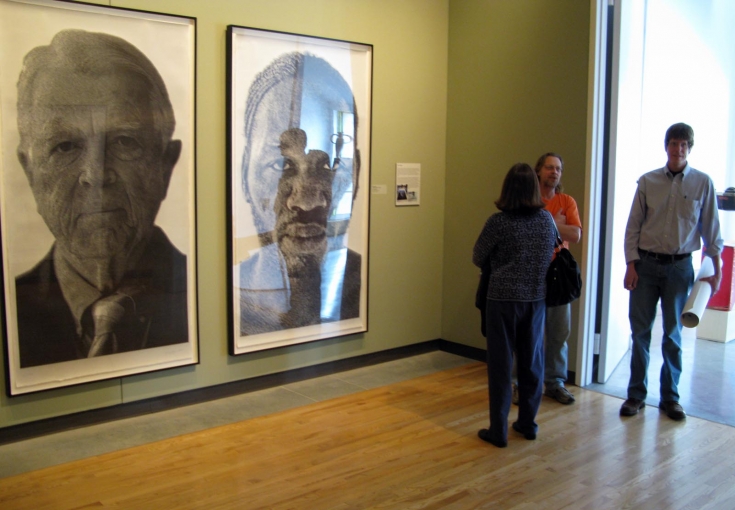