Linda (the model’s spouse) phoned me last summer to say that she and her husband LOVED my drawing of “Arthur” which they’d first seen at the Kemper Museum’s Backstage Pass show, and again later at Arthur’s home.  She wanted to give her husband, Topper, a portrait (of him) for his birthday.  I thought Christmas might be more realistic and eventually, Topper came to my studio and modeled for me.  It was VERY fun — what an interesting man, and so pleasant!  Excellent model, too!

It seemed to take forever to narrow the photos down to a handful — some of them full figure and some just of the head.  Topper and Linda and I consulted and, based on Toppers dislike of my favorite head, I decided to use the standing portrait he liked best.  It turned out to be VERY difficult to get an image I liked and which I thought wnted to become ‘art’.  After MUCH adjustment back and forth, an image eventually developed which I thought worthy.  However, that image was a BEAR to complete.  For some reason, I could NOT keep my pens working and went thorough over 150 of them before I called it ‘done’!!  But the drawing turned out very well, I think! 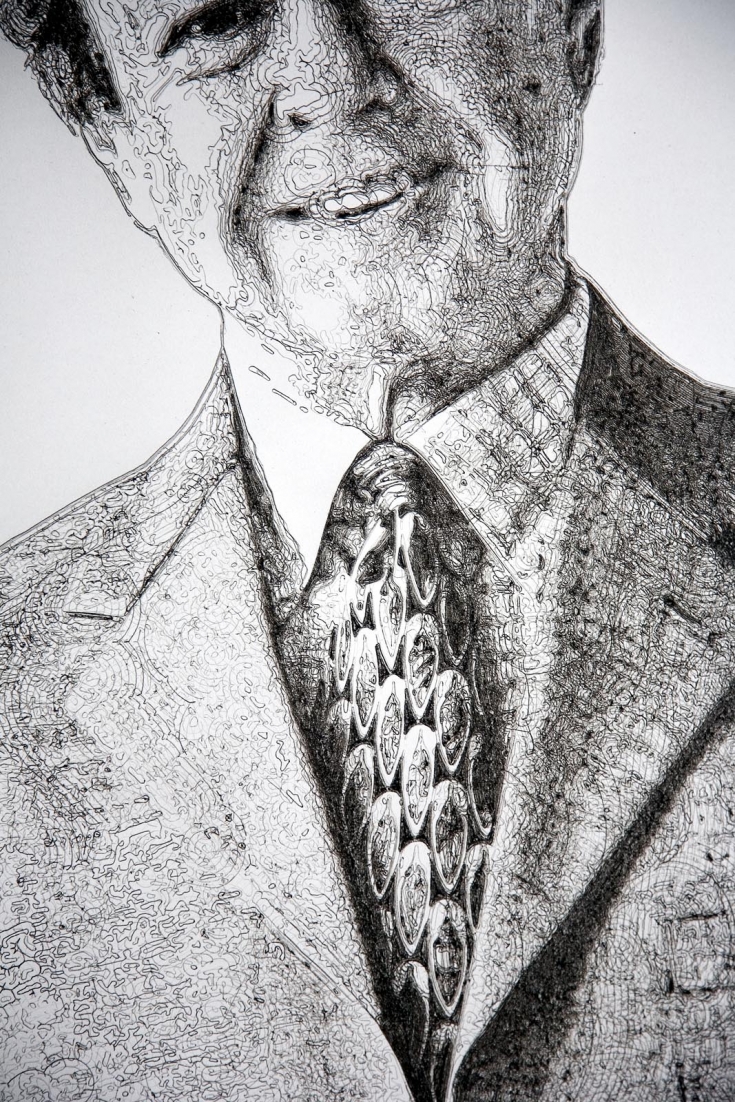 I received a very sweet note from Topper after I delivered the framed drawing:

Your artwork is absolutely captivating.

Mike, you are a truly grand visual artist.

And, I must add, a very smart human being. You continuously demonstrate intellectual prowess as well as psychological observations of considerable perspicacity.

And add this to your “human package”: you are just a prince of a guy.

Congratulations my friend, on your marvelous accomplishments, but also simply on the qualiry of the life you have led.