Chandler is an old high school friend of my children.  Last year I ran into Chandler and was struck by his great head and asked if he’d model for a portrait.  He agreed and I phoned and emailed him more than once or twice in an effort to schedule him into my studio.  He never replied and I eventually sorta gave up.  I saw him again at our son Andy’s wedding and, with a couple of martini’s under my belt, gave him a pretty hard time about never having replied.  So a few days later he called and we set a date and he and his girlfriend, Jessica (another high school friend of the kids), came down and modeled — and we talked about shooting some video as well — that’s what Chandler does — he produces videos for schools and museums, and his hobby is short subjects about artists.

Paul Catanese and Dr. Angela Geary have been contracted by A&C Black Publishers to co-author a book on Computer Aided Manufacturing in Fine Art Printmaking.  Paul was in the audience during my talk at SGC Chicago and later asked me if I’d be willing to ‘be a chapter’ in the book.  I said ‘SURE’ (duh)! In recent months, Paul has interviewed me at length by email, phone, and now in person, since he was in Kansas City last Friday and Saturday recording our conversations, photographing in the studio, poking around, and getting real specific on exactly how I use CNC and other computer technology in my work, especially in woodblock printmaking.  Friday morning when my drawing of Chandler was nearly complete, Chandler and Zac (videographer) met Paul and me here in the studio and shot video of Paul saying nice things about my work (and Chandler saying nice things about his portrait).  So it’s turning out to be a nice little collaboration!  Chandler, by the way, seemed to really like this drawing: 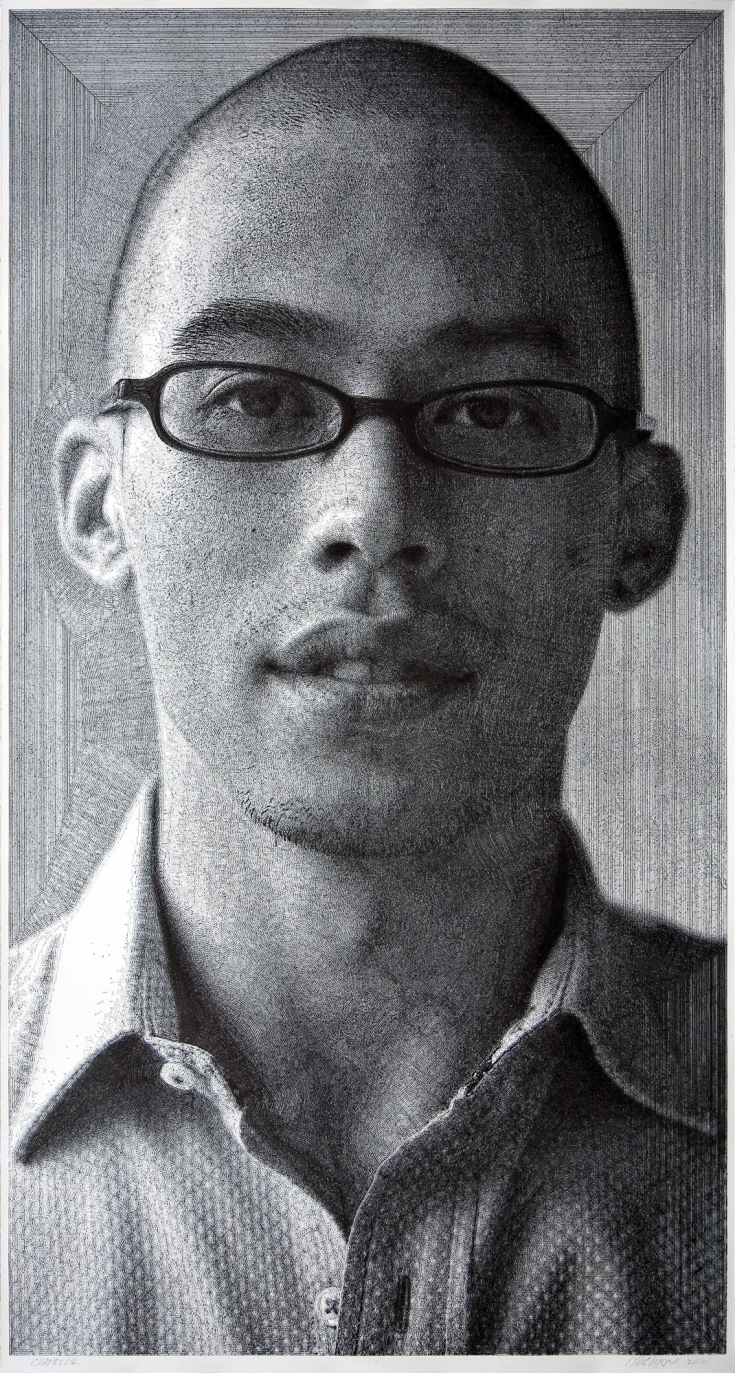 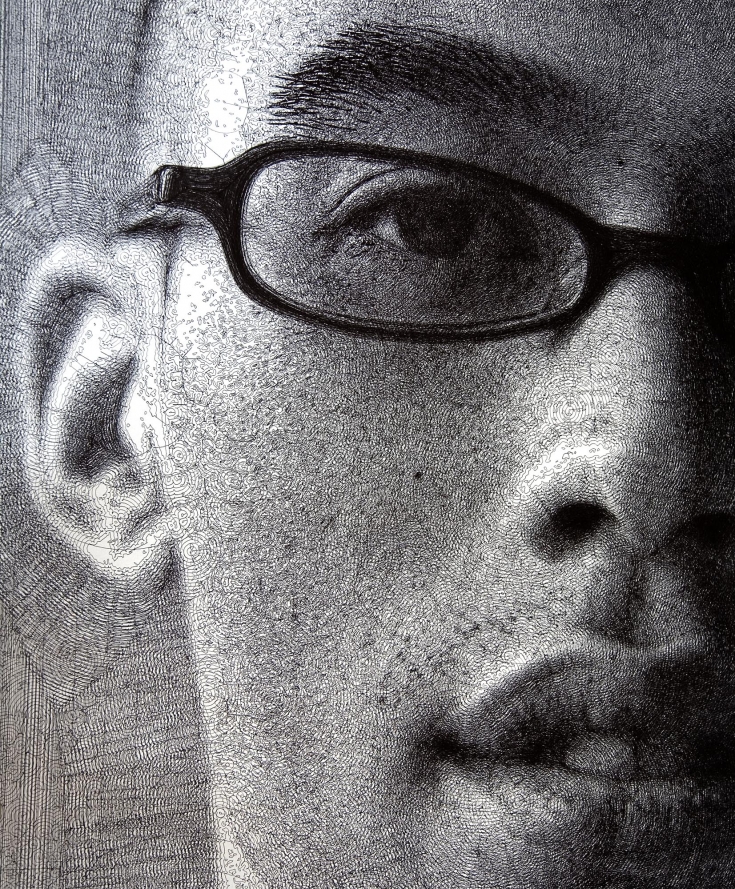 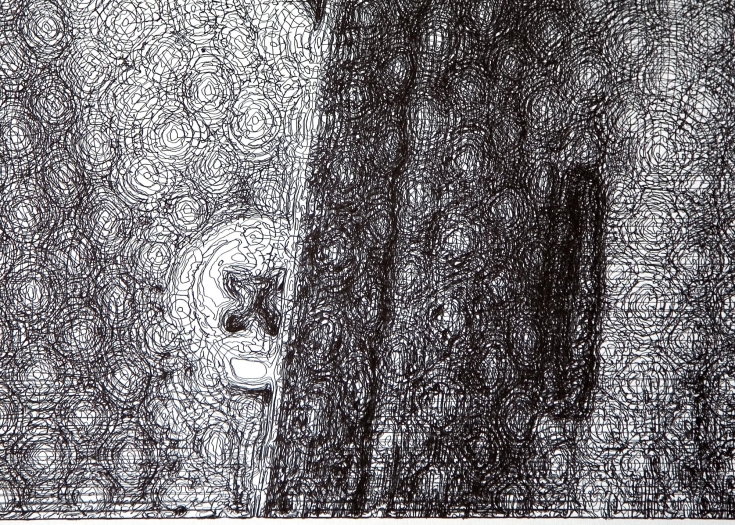 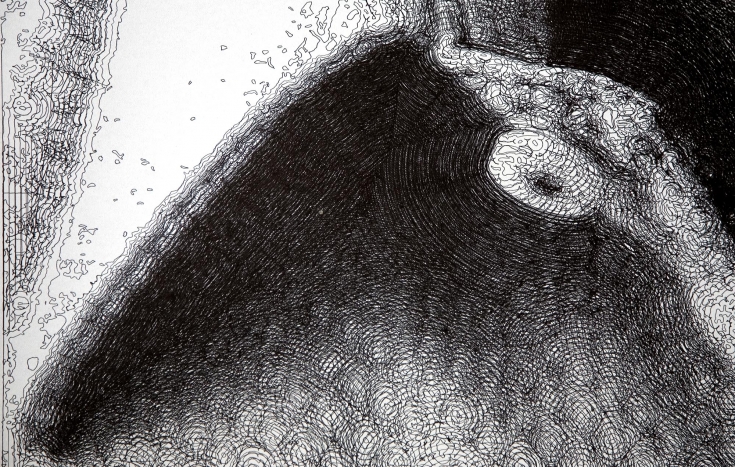