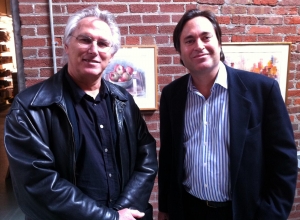 Famous artist Eric Fischl and film-producer friend, Donald Rosenfeld were in Kansas City to select work for an unusual exhibition called the Kansas City Collection.  At the same time, Eric was promoting his dream of a traveling exhibition of post-911 American arts.  Eric had already selected my work for the KC Collection show when I met him at a dinner where he introduced the idea of America Now and Here to Kansas Citians.  Later in the year, Eric and Don toured my studio and couldn’t have been any nicer – Eric remarked that my work picked up where Chuck Close’s left off – I dunno about that, but it felt great to be in the same sentence with one of my idols!

America Now and Here wound up premiering in Kansas City and Eric made sure that my work was included among local artists.  Great that local work was exhibited alongside the touring pieces – that was a requirement of local curator David Ford.  There were many iconic artists in the show: Alex Katz, Chuck Close, Laurie Anderson, Edward Albee, Adrienne Rich, Joan Baez, Jeff Koons, Philip Glass, Robert Longo, Cindy Sherman — the list goes on and on — and me, of course!  You can find official event information at the ANH-KC web site.

America Now and Here was national news – here’s some of the press:

…more from enthusiastic videographer Ramsey Mohsen at his blog site 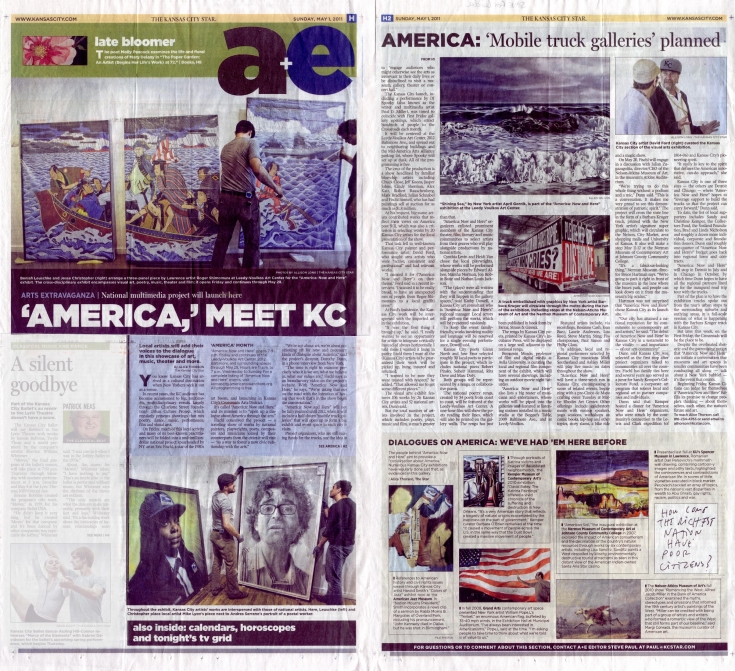 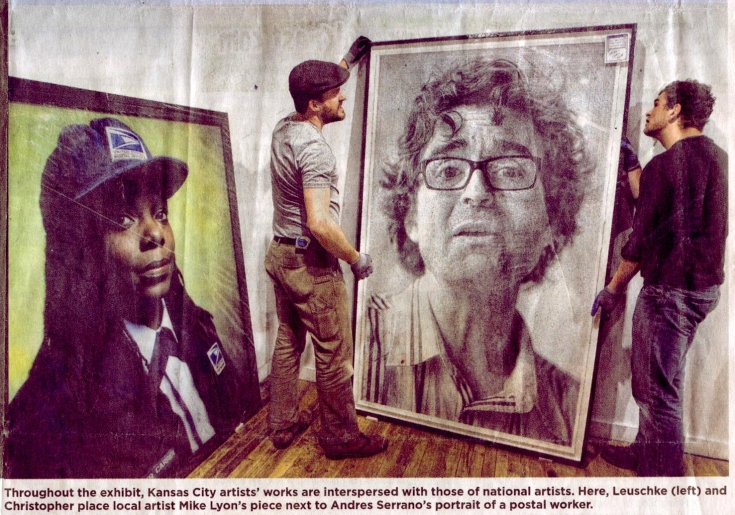 Allison Long photo of my "Michael" drawing being hung at America Now and Here exhibition at Leedy Voulkos Art Center in Kansas City. 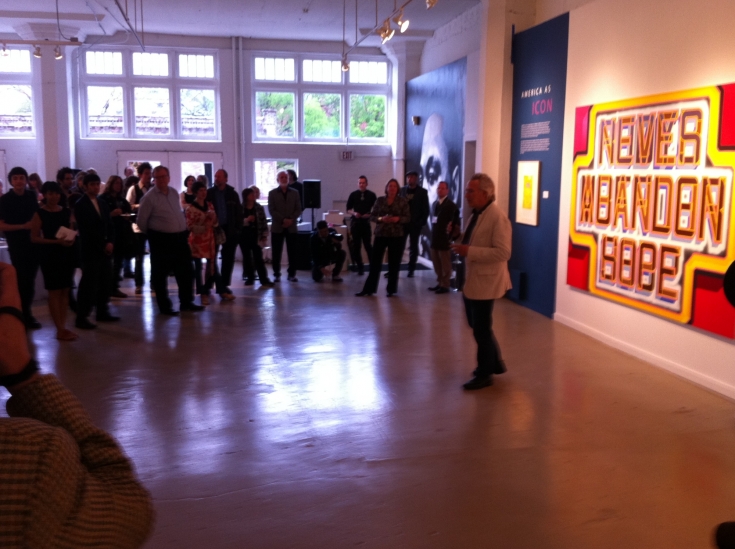 Eric Fischl welcomes visitors to the opening of America Now and Here. 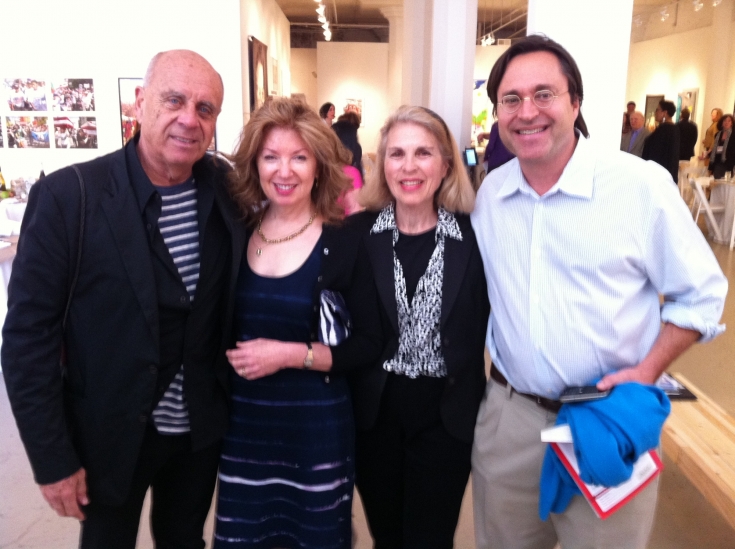 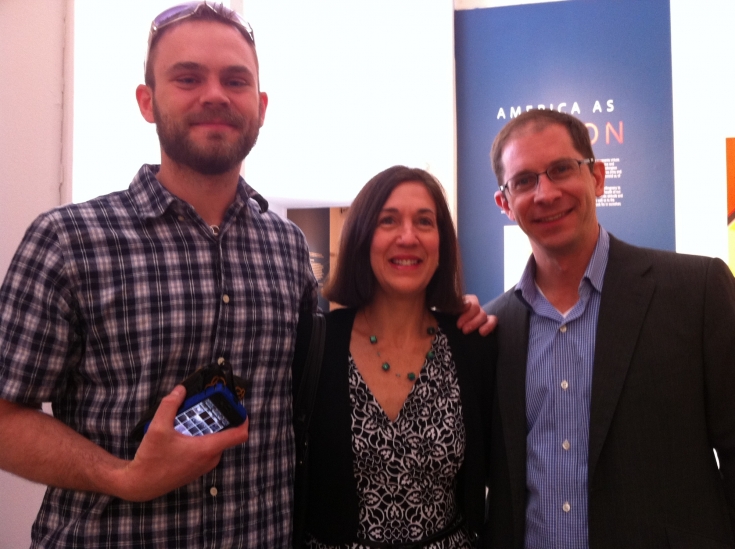 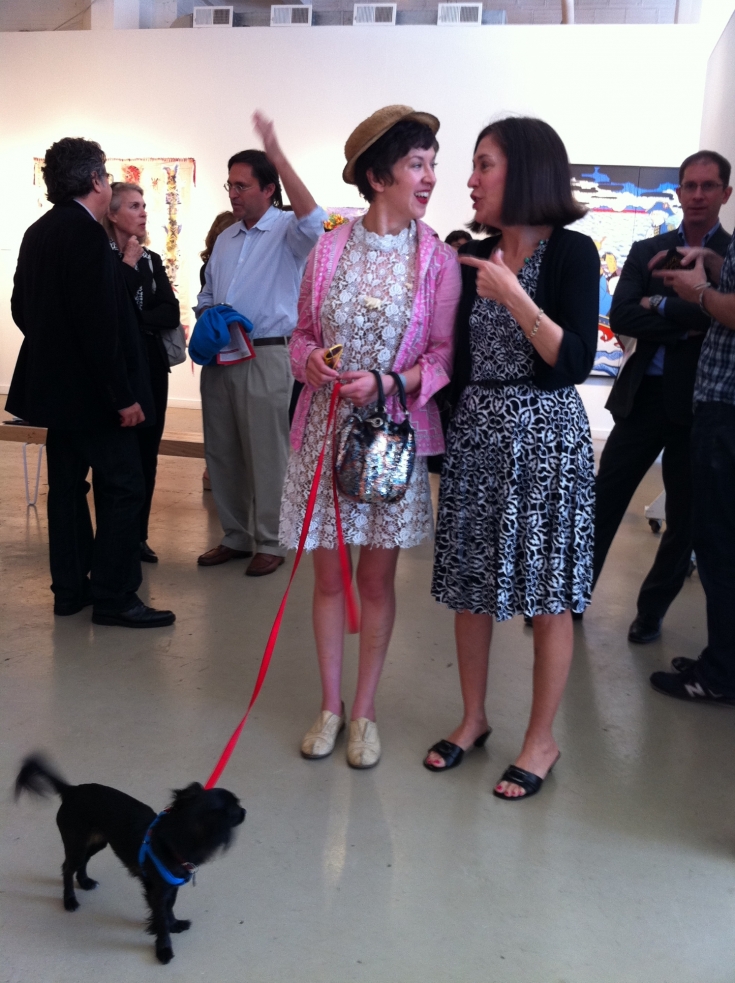 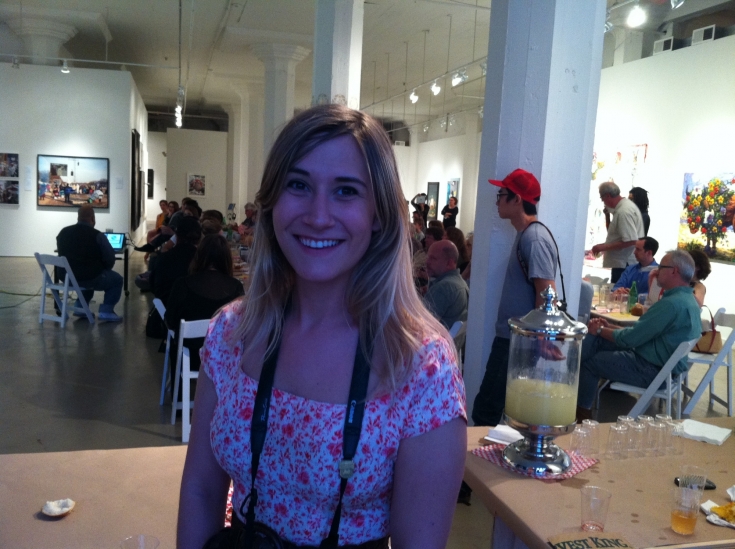 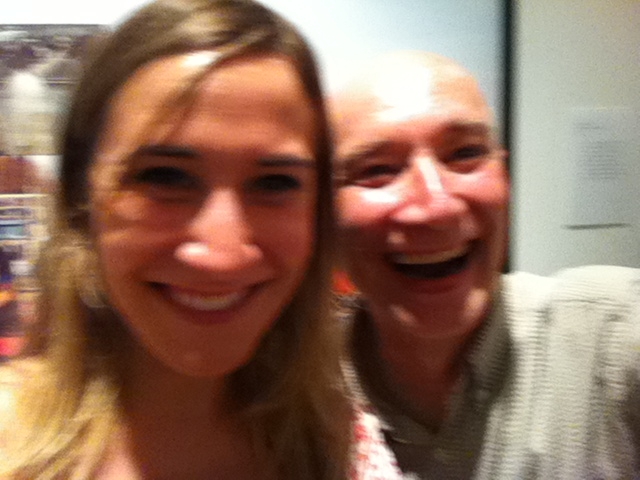 with the fabulous Maggie Mull (America Now and Here staff) - another of those weird, sweaty, iPhone self portraits. See Maggie's work at www.hellogiggles.com/something-for-my-therapist 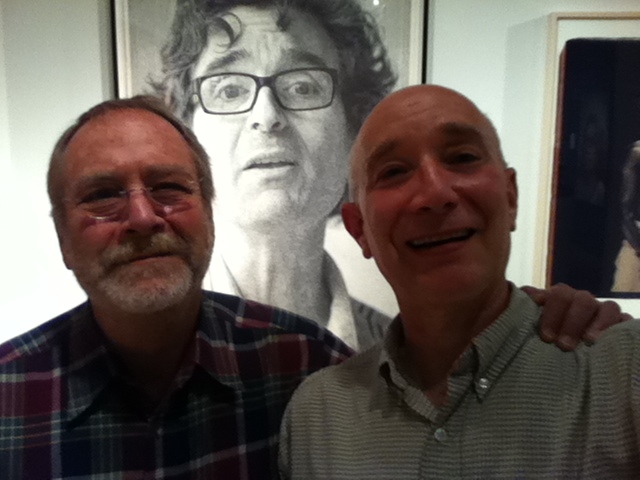