Artist Archie Scott Gobber generously agreed to model for me.  We had a pretty good time together — I’d asked him to bring along something of his work and I was thinking he’d bring something large I could place behind him when I photographed him. He brought some very small stuff, actually and I got a huge kick out of one item — an old stamped metal “For Sale” sign.  I cut some string and hung it around his neck to make Scott ‘for sale’.  Most of my photos were mundane, but as we joked around, he gave me a huge Popeye wink and grin and…  Well it just screamed to be made into art, I thought.

I drew the outlines of his sign, jacket, shirt, and head and painted a ginormous sheet of watercolor paper bright red, white, and blue.  I imagined that these colors would remain pretty intense (as they had in two previous drawings) and I’d get a kind of American icon out of the work.  As the drawing progressed, I was just never satisfied with it and I kept drawing layers of white over layers of black and then more layers of black and more layers of white until the ink became so opaque that the color was more or less lost and I wound up with something sorta pink and blue-gray.  The trick, I suppose, is not only KNOWing when to stop, but then having the balls to actually STOP then!  Still, it’s a striking drawing with lots of good stuff, I think… 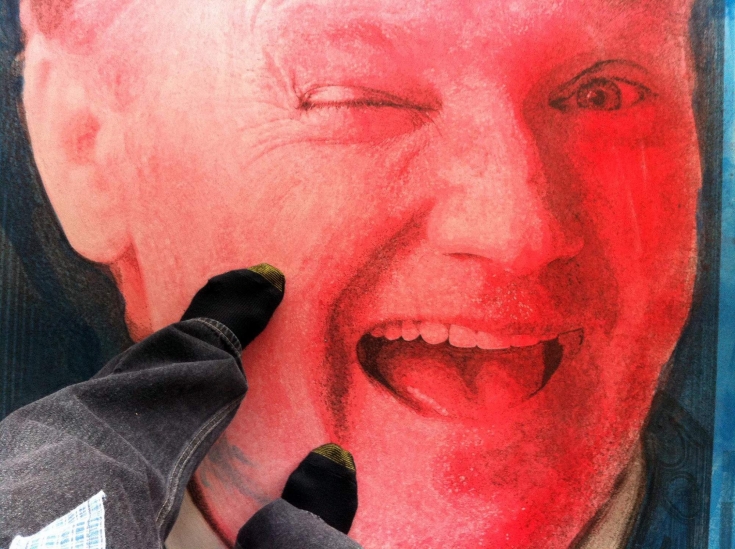 photographing the drawing in progress -- sense of scale? 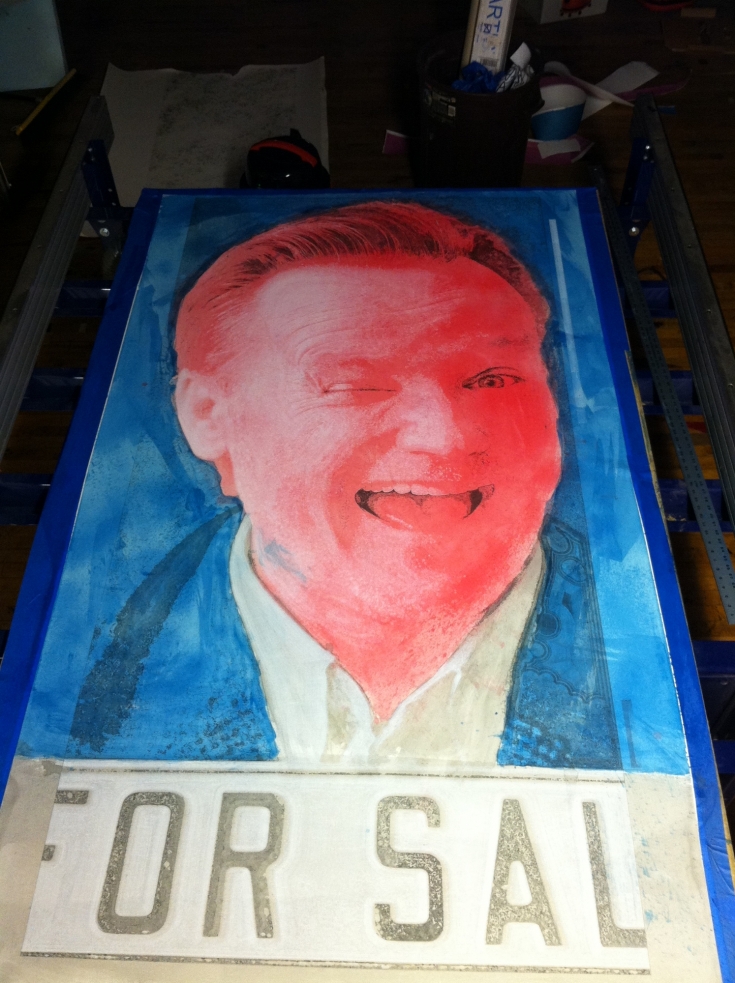 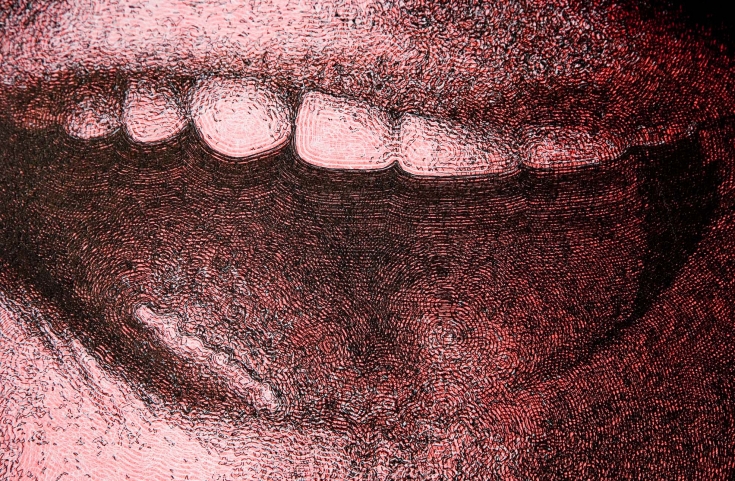 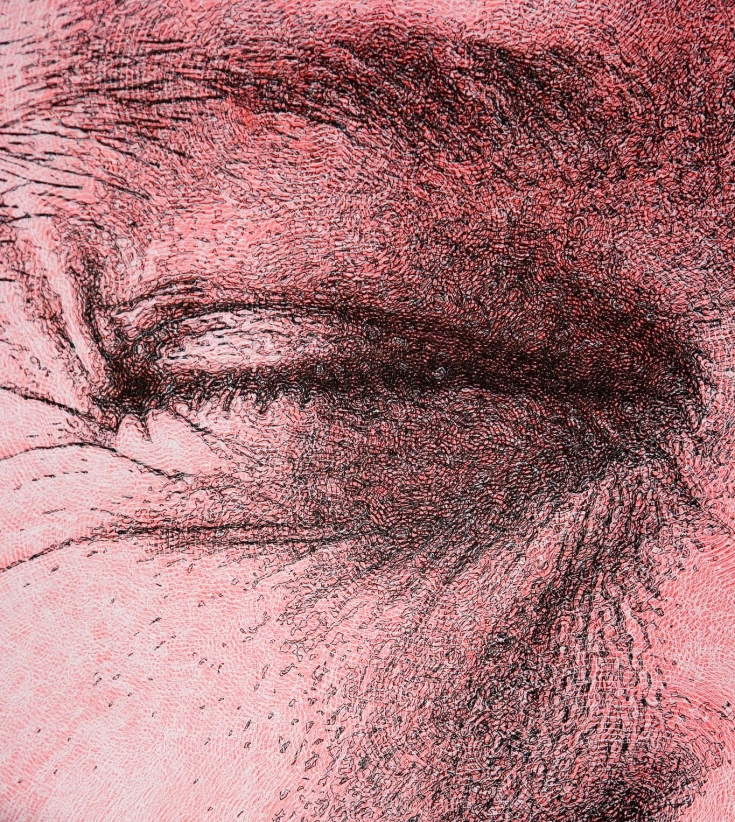 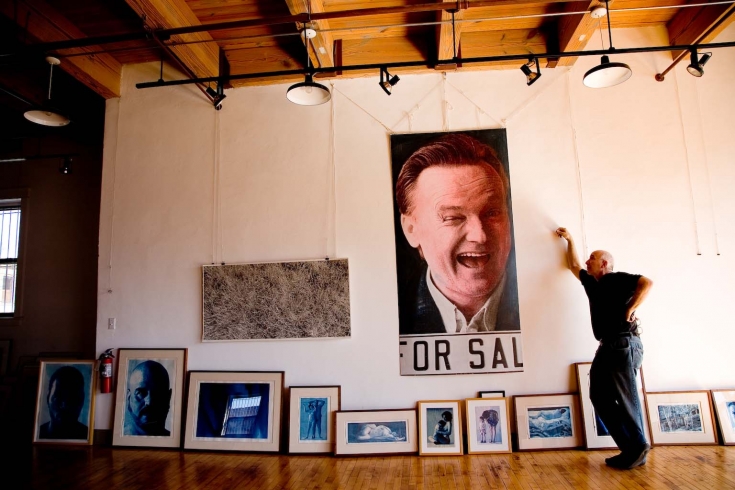